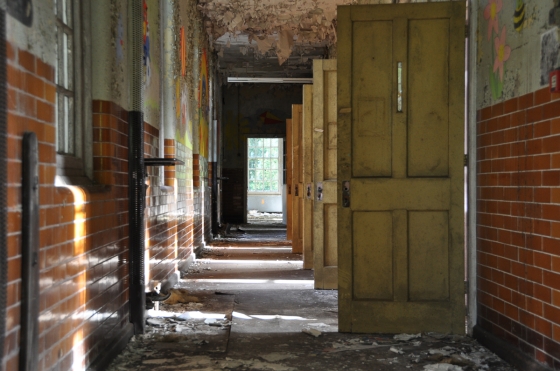 This blog is about my urban adventures and about the unusual beauty that I find in the various cities where I walk alone.

I love the concept of city. Not because a city is entertaining and has many things to buy, but simply because anything on the spectrum of the human possibilities can happen. A metropolis is a human Champ des Possibles (‘Field of Possibilities’), especially when you watch it from above, and the fascination inherent to that thought keeps me awake at night. The infinite mental space that it brings is vertiginous. I don’t believe in the countryside return-to-the-roots trip as a way to be closer to a truthful existence, implying that city life is fake and shallow. City is the deepest, because people is the deepest. Don’t get me wrong, I love the powers of nature and I also get the call to leave my dear capitals and end up in a hut in Iceland. But I find my closeness to life and truth right in the middle of the random encounters of the City.

The public space is my home, because for most of my 20s, my days were ridiculously long and I was never at my house. I was juggling between studies and several jobs and I therefore had to develop strategies to feel secure and restore myself in the urban jungle. I still do that today. I hang out on the roof terrace of my central London office long after working hours just to soak in the lights of Oxford Street glowing from underneath. I walk bare feet in the empty corridors and enjoy the collective space which is suddenly mine. That feels home to me: taking over the public space and make it private.

Over the last couple of years, I’ve added a new layer to my urban love: some obsessive desire to break into abandoned buildings or secret places just to observe the remnants of what used to be or see the City from above. I am not sure when I first started being itched by that whim. Maybe when I broke into a disaffected herring factory in Iceland with α and κ? Or maybe forever ago. It has been growing bigger and bigger to such extent that I am about to put it into practice.

I’ve just learnt the acronym ‘UrbEx’, which stands for Urban Exploration (also called UE), and it felt like I hit the jackpot. There is a global secret society of people who have felt that weird call long before I did, and who explore the big cities of the world to capture the unseen. They come up with breathtaking pictures taken inside places that we pass by everyday without noticing, just like a scanner of our habitat.

I was so moved to learn about the unknown members of this family of mine, that I instantly got the goosebumps. I am forever not alone anymore. I’ve been investigating since then. I’ve watched the documentary Crack The Surface which follows the London Consolidation Crew in the most insane urban places, feet under or feet above the ground. (And by the way, all the explorers interviewed are guys). I’ve watched the sensational pictures of the equally sensational Bradley Garrett who is an academic urban researcher/urban explorer. He calls his activity “Place Hacking” and his motto is the same as mine: EXPLORE EVERYTHING!

I’ve already started looking at the City in a different manner, making mental notes, noticing details that I wouldn’t have noticed otherwise. I am thinking back of the tons of buildings I’ve been fantasizing about in all the cities where I’ve been and I am dying to take their virginity. But above everything, I am feeling a violent happiness like I rarely did before, as if the world really was a playground, as if there was a parallel world of freedom under my feet.

I am not sure how I am going to join the secret society yet, cause I love my body and I tend to keep away from legal trouble. My madness is just not quite yet consolidated. But if it is not too deep or not too high, I know I will somehow.