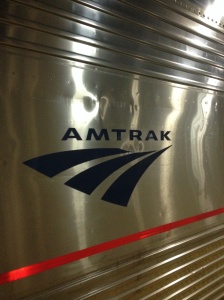 I’ve been feeling edgy for months. Constantly on the verge of collapsing over the last 2 years. Maybe more. Maybe since birth. I was born sitting on the edge of something that could go either way – marvellous or terribly wrong. I wonder why I picked that number in the lottery of life. I’ve grown to tame it and not want to trade it, cause my downs are as ugly as my highs are pure shots of bliss.

I can’t remember of a time when I wasn’t emotionally drained. Probably somewhere in 2011. And before that, it was in the early years of my life. I’m responsible for it as much as I’m not.

I like living dangerously. Or for my own standards, it is just “intensely”. But I am also assailed by waves of “me against the world”, and I’m really not hunting for that part. It seems to be my nature to stand against the current, and the more I try to conform, the more my nature grows thicker and my life becomes more challenging.

In 2009, my nerves broke. I couldn’t sleep despite exhaustion and before I knew it I was yelling in the middle of the night for too many reasons but none in particular. I remember the physical sensation of it, on a specific spot at the bottom of my skull, on both sides. I sometimes still touch it with my fingers. I literally heard my nerves tearing apart from the inside of my head. This episode impressed me very much, because it was the first time that my body was winning over my will.

Shortly after, I went on my first significant American tour for 9 weeks. Getting lost in America then became my reset button. I remember approaching life very differently throughout that trip. I wasn’t wearing any make up at all so people could see through me more. I became more humble from realising that I could lose control of my own body and introducing myself with a nude face contributed to quit playing games. “This is who I am without the doe eyes” style.

I got on my first Amtrak journey that summer. Toronto-Buffalo-Chicago-Kansas City. I crossed the US border on a rail bridge above the Niagara Falls. Two and a half days alone on the train, no phone no distraction no nothing. Just my bruised thoughts and the immensity of American landscape. It restored me.

I’m back at that exact same place. I was very close to cancel this whole American Autumn tour. I wasn’t sure I was going to wake up to get on that plane until 3 days before, just because it is scary to feel collapsy when boarding for an adventure full of unknown, full of minutely reinvention. I barely know where I’m going to sleep for half of the trip.

I got on the train 2 hours ago, departing from Chicago for a 19 hour journey to New Orleans. I am sitting next to a green-haired teenager reading “The Exorcist”. She’s also going all the way to New Orleans so the train steward told us: “You are each other’s best friend till tomorrow!” I smiled politely. I’ve never been to the South of the US and I’m excited to wake up in a different state and soak in novelty. My senses will be aroused every minute willing to absorb everything.

I was afraid at the thought of getting on the train when I woke up this morning, given the uncertainty of the outbound. I didn’t have a clear accommodation plan, just a friend of a friend. Lying in bed, I was making some strategic thinking. Maybe checking in a motel when getting off the train in Louisiana and sleep for 48 hours? Just to do something I never do and because my body is asking for mercy.

It finally turned out differently in the last few hours. I got an American phone number and magic operated. H put me in touch with her movie set friend κ², who lives in New Orleans. (H was meant to get on that train with me and we were going to brainstorm some clever creative ideas to put her movie script together in order to get her on the women directors workshop at the American Film Institute. We are amongst the wittiest, coolest and most badass blondes that I know (that’s presumptuous to say so but it’s kinda true so I don’t care) so when we team up artistically it is fireworks. But H was offered a last minute job in Japan shooting a documentary on some Japanese people singing Johnny Cash in cow boy hats, so she’s off to Osaka in 3 days and the clever brainstorming will happen via text messages.)

I’m anyway going to crash on her friend’s couch for the week and we will go on NoLA adventures when he’s not working on his movie set.

I’ve just received a text message from him. He’s setting me up with 2 other people. Looks like I’m going on a friendship blind date tomorrow with a girl working in a dress shop in the French quarter, before ringing a door bell somewhere of some artist guy I don’t know for coffee.

Adventure is finally kicking in!

Getting lost on Amtrak is always a winner.