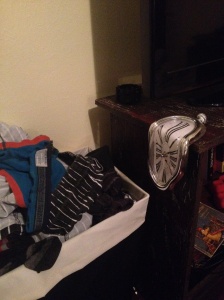 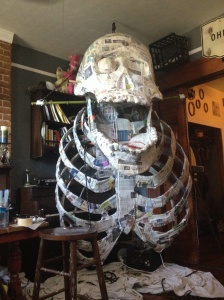 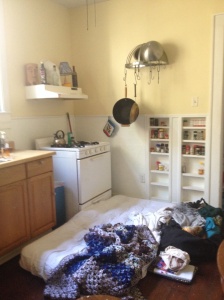 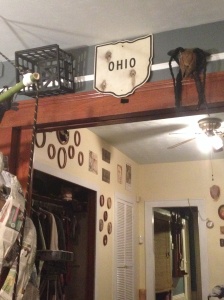 I can barely recall how events have chained up in the last 24 hours up to that point. There is a surreal dimension to it.

I got off the Amtrak in the City of Jazz yesterday at 5.30pm after 21 hours on the train. How glamorous I was feeling!

In the first seconds, New Orleans (aka NoLA) hit me like a sauna. I walked out of the station and saw the first palm trees. No one bothered to warn me that Louisiana was THAT tropical and I was feeling kinda stupid with my rainbow fur coat. I will have to use something else to make connections with strangers while I’m down here. I’m totally unequipped for that climate.

On the train, I had exchanged a bunch of text messages with 3 different people I didn’t know (friends of friends of friends) and I started losing track and mixing them up. The only tangible element I had was an address where a party was apparently happening later on, so I asked if I could just come over with my huge bag of irrelevant clothes. Someone texted ‘yes’ so I followed that track and got on a cab. I had a starting point at least.

I was excited to chat the taxi driver up, but he politely asked me to shut it cause his wife was on the phone. Welcome to town.

Their house is to die for, there are crazy details to watch in every corner. The house is “gunshot” shaped, which means that it is like a long corridor of rooms (back at the time with no air conditioning it was apparently the best way to get a draft). The legend says that it is called ‘gunshot’ because from the entrance door you can shoot your wife cheating on you in the last bedroom at the end of the corridor. Here, the first room is the crafty workshop.

We talked for a very long time drinking French wine and they gave me security tips cause the city is dangerous. α6 got mugged with a gun last week cause he walked home alone at 2am. So I will have to compromise on my night hawk and loner tendencies and rethink my travel habits. They all seem a bit concerned for my safety and made a map of areas not to go to. I’ve never really dealt with crime risks in all my US trips so it’s new to me.

Shortly after, κ² arrived at the house. He is the one responsible for all this. He worked with my super good friend H on a horror movie few years ago. His job title on movie sets is “grip” — which from what I understood means that he pushes the trolley with cameras when filming traveling shots. My description of it is probably heretic but it’s just to give a rough picture.

We all went around the corner to eat tapas. I’m French so I know my stuff regarding food, and these really were in the Top 2 best tapas I’ve ever had. NoLA is food! On top of it, I quenched my thirst with a house cocktail called “Hawaiian Erection”. I couldn’t have invented this.

The guys are going to set me up with a bunch of interesting people that I want to portrait for my blog. Their above neighbour is a drag queen and μ3‘s boss used to be a millionaire sent to jail for buying gifts to judges. Good encounters ahead.

More people came in later at arty house and I had great conversations about guns and death penalty with them. μ3 says she doesn’t like guns but prefers that citizens carry guns rather than having only representatives of the government carrying guns. Basically, she said that many Americans own guns to defend themselves against police and justice because they are not trustworthy. I had never thought of that under that light and that’s when soaking with locals is priceless. It is so easy to caricature Americans all the time with our European standards, just claiming they are violent for the sake of it and own guns to play it like western movies. Fuck clichés.

I was meant to sleep over at κ²‘s but arty house guys blew me a mattress and I slept in their kitchen. Of course.

I’m now writing this from a café in the French quarter. κ² is working on a movie set around the corner. I’m going to try to catch up with him in his lunch break. Maybe I’ll get a better understanding of what his job is actually about.

I can’t believe I didn’t know these guys 24 hours ago. Magic.