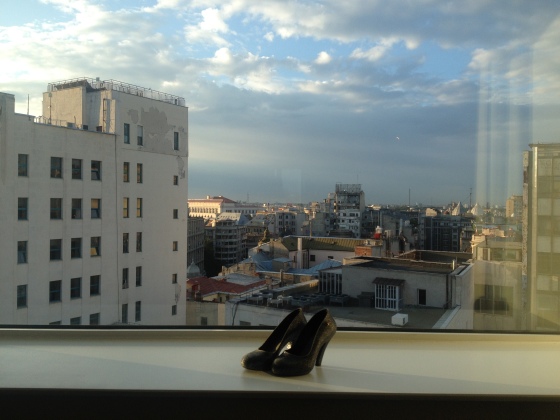 I discovered the city in the winter of 2013, for my first ever business trip. I remember being mainly struck by the monumental buildings of its communist heritage. I wrote to a friend back then:

“I love eastern Europe, that’s it. I’m finding here the feeling that I looked for in Berlin and never found: the traces of communism. The trauma still feels vivid and I am drawn to that pain. I can’t express how much poetry I see in the nostalgia of that failed utopia. Bucharest is such a strange mix of romantic architecture and USSR disproportioned crumbling buildings. Their buildings were just like their politics: megalomaniac. On one side of a street you’ll find a brand new Burberry shop and opposite to it stands a palace in ruins.

I love Romanians, they are adorable people. I don’t know how to phrase my affection without sounding like a contemptful Westerner. But they just look so humble in their often outdated clothes. It touches me to the core (I don’t know why?)

I wandered in the old town tonight in the melted snow but I haven’t discovered any treasure yet – just a global feeling of comprehension.

I am writing this in an executive room of the Athénée Hilton Hotel. It used to be a marble palace, now it is located near the Square of Revolution. How ironic again… I totally identify to that contrast. The job is cool, my PowerPoints sometimes suck but I am glad to be here.”

I came back for a business trip in the early days of September this year. The summer weather was sticky and lazy. I wandered the paved streets of the old city in light dresses. Bucharest suddenly felt Mediterranean – miles away from my cold and grey memories. Was it really the same place? Where was all the nostalgia gone? I was feeling like in Lisbon, or even Paris – some locals told me afterwards that Bucharest used to be known as the Paris of Eastern Europe. There is indeed a strong Haussmannian influence in the architecture, and the street name plates are identical to the Paris ones, green and blue. It is easy to go around and read the signs if you speak at least one latin language, which enhanced my feeling of belonging.

It was my first summer rush of the year, my first deep feeling of vacation. Bucharest inundated me with warmth and joy this time. My senses came back to life after months of coma. We stayed late at night on restaurant terraces, enjoying Romanian red wine and fabulous sea food. We had dinner in an abandoned villa turned into a restaurant. Barely no furniture and flaky walls. It stole my heart. Fuck cosiness.

The monumental & megalomaniac communist buildings were still there, of course, but they captured my imagination in a different way under the sunshine. They seemed to belong to the past whilst the people passing by were looking at a glowing future. How does the sunshine change everything, even the remnants of decades of dictatorship?

Late at night, I wouldn’t turn on the light when I was coming back to my posh hotel. Alone in my big room, I was crawling up onto the window ledge, leaning my head against the massive pane, ten floors above the city. I was trying to absorb the vibe of this unique place, picturing what it is like to be from here. On the left, there was a busy street with modern shops and bright lights. On the right, there was a huge abandoned square and gloomy building with a sign ‘On sale‘. It looked like disaffected offices. My imagination was roaming in the dark. I could save up and buy that building. It was probably affordable. Then, I could spend every summer living there on a different floor each year. I could create an art space. Dance studios. I got all intense about my random dream.

I thought of how much I was enjoying that moment, that life style, being granted with enthusiasm for all the possibilities out there, all the things I don’t know I am passionate about yet. I wondered what I would have been doing if I was with someone in that hotel room. At best, having sex, and at worst, sleeping. Apart from sex, how do you get intense with someone else? And when sex starts fading out, how do you sustain the intensity, not to get dragged into boredom? Maybe I just haven’t found the way. But how could anyone make me feel more excited about my life than I was alone in that perfect instant?

This is why I love sleeping alone. 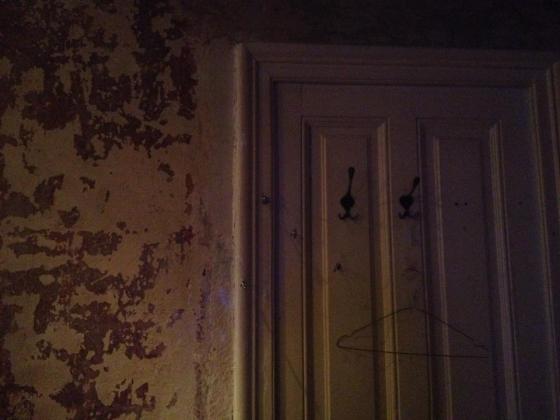 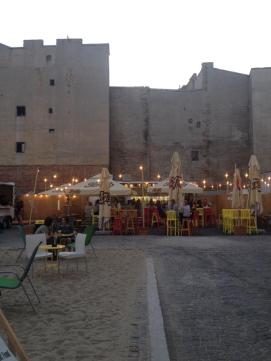 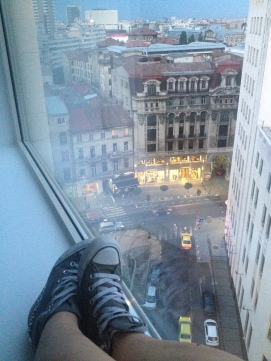 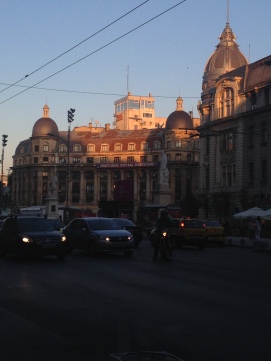 2 thoughts on “This Is Why I Love Sleeping Alone (Bucharest)”