A year has passed since my impromptu landing at Paris-Charles de Gaulle airport after my Latin America debacle.

Some progress has unarguably been made since that melodramatic episode. Had my future ever been more uncertain?

It was early morning when I arrived in Paris with a small backpack and hiking shoes, after almost two days of travels. Buenos Aires –> Atlanta –> New York –> Paris. Donald Trump was on the background screens during my dazed wait in the US. I got moved to tears when I ate my first pretzels & hummus at JFK airport after weeks of shortage. I thought: “Civilisation”. It gave me some courage to face my destiny.

My neighbour on the New York-Paris flight, a classy French lady in her 60s, told me about her life as a trend setter and how she migrated to New York in the 70s. In return, she asked many questions about me, but I wasn’t sure what to divulge or not regarding the most recent events of my life. I tried to be concise and explained that I jumped on the first affordable flight from Argentina to Europe as I was nearing the backlash following the breakup with my transgender girlfriend that led me to cry all over Patagonia, with a bad trip peak in Ushuaia which was probably the lowest I ever felt in my entire life. I added that I had no flat, job or project, no plan waiting for me whatsoever. Over the course of four months, I had left a secure corporate job, an arty warehouse, and a partner. She replied that she used to have a neighbour who was dressing like a woman, that I should get a haircut to refresh a little, and that I would easily get a job cause I seemed to have inner resource. We said goodbye at the passport check and I stopped at the bathroom to paint my lips red before going ahead to shape the rest of my life. I hadn’t landed in my own country since 2009. It was weird holding a citizen passport after years of queuing in the foreigners line.

A guy on the Paris underground noticed that I looked lost and asked me where I was coming from. He told me that Atlanta is the largest airport in the world.

There was a cold wave that week. I was freezing after weeks in the Southern Hemisphere. All my clothes were scattered between London and São Paulo. The detail that strikes me the most is that I didn’t even have socks. I had one pair on my feet, which a hostel owner in Argentina had given me from his ex-girlfriend. I could tell the whole story of my Latin America debacle just from the perspective of all the objects that I lost and received along the way. On my first days in Paris, two friends gave me socks, funky ones. I’ll never forget that. C gave me polka dot black socks and an adaptor to charge my phone. ε gave me shiny grey socks and a designer dress which made me regain about 5% of self-esteem. I was counting my self-esteem recovery in percentage to give myself credit for each step because my soul was so bruised and my situation was so shitty.

For months, every aspect of my life was on hold. I didn’t work, date or have a regular home for an extended period of time. It was above my strength to go out to the world and try to live a “normal life” again. I arm-wrestled myself to recover some sense of enthusiasm.

A year later, it’s still challenging to me to recall, rationalise and describe what really occurred in Patagonia. Was that a metaphorical death and rebirth at the End of the World? For all I know, I’m glad I didn’t really die in Ushuaia, but that’s by far the most extreme thing I’ve ever lived, like a near death experience. Everything on the inside and outside of my world, which was holding my physical and mental pieces together, coordinated to collapse at the same time. It utterly felt like I was poured gasoline on the inside and someone stroke a match. It sounds over dramatic, but well, it was.

I like the word ‘Gasoline‘. Because there’s my name in it. Because of the Sia song. And because I love stuff that burns like hell. Of course if I was given the choice to rewrite the story, I would live that journey again in the exact same circumstances, with the exact same amount of pain to increase my pain threshold. I assume all my decisions. I love my life most of the time. I guess I wouldn’t trade it, even with all the gasoline moments which have been punctuating it.

There’s a constant factor which has always been compensating for the gasoline, though. That’s all the good souls who’ve helped me heal the burns along the way. So many cool things have been happening since I got back here. ε got me not only shiny socks, but a job and a flat. It’s odd to live in my country of origin after years. I spent most of my adult life abroad. I’m trying to tame its normative mentality and flaws. I’ve always felt conflicted about France. But I’m able to see its beauty too. So many people have to knife their right to be here, which was granted to me just by birth.

Today, on the anniversary of that unplanned new beginning, I am trying to formulate a mantra for gratefulness. I have many socks now, and a chest of drawers to store them, in a flat which I am sharing with π, a cool and abnormally smart girl. We laugh a lot. We are a duet of sophisticated loners. I get a sense of family which I had lost for some time. I am embracing a couple of new careers. I work in contemporary art where I have a new family too. This week, I walk every morning to my art therapy training at Sainte-Anne psychiatric hospital. I am studying to become a dance therapist. I have made many new core friends over the last year. Who said it gets difficult to build true friendships as we get older? That’s bullshit. My ability to build true friendships is stronger than ever. 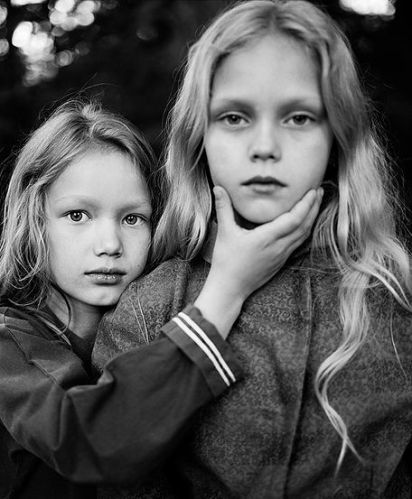 ‘Inkeri and Annikki’ by Nelli Palomäki