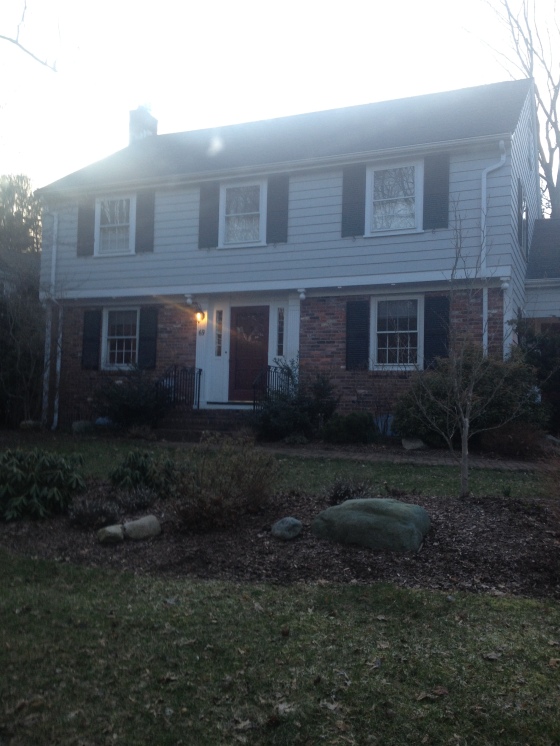 I got on the yellow taxi that picked me up from the office and it already felt like a travel in time. The old driver looked up the address I gave him on a PAPER BOOK with an index of all the streets of the city. I had a vintage shock. I had to pay by credit card and he pulled out an old manual machine that could have been exposed in a museum. Fabulous.

I got dropped off at number 69 in the middle of a nowhere suburb and rang the bell to meet people I had never seen in my life. βκ and his wife μκ opened the door and welcomed me as a dear old friend.

They are an old couple in their 80s. βκ was born in Freiburg, Germany. My grandfather spent a summer with his family in Freiburg in 1938 as part of a cultural exchange, a few months after the Anschluß (the annexation of Austria by Hitler.) My grandfather witnessed the rise of nazism and the mandatory enrollment of all the young people in the Hitlerian Youths. βκ was 6 at the time. He was the youngest of 7 children. His 3 brothers were killed during the war. After the capitulation of Germany, the country was left in total chaos and there were no perspectives of future. All the civilians were left with the profound fear that something would soon break out again, so all who had a chance to migrate left the country.

βκ had an Uncle of America who had migrated in the 20s and sponsored the rest of the family to move to the New World. βκ was the last one to make the trip, in January 1950, reuniting with his parents and 3 sisters. His wife was born in New York from German parents, but she gave up speaking German as a kid because she was bullied in school due to the WW2 events. It was shameful to be German at this period.

My grandfather, who is a loyal friend and pen pal beyond understanding, has remained in touch with βκ and his family for 76 years, but they never saw each other again.

I paid a visit to these lovely people as a tribute to this life-time friendship and to carry on with it, now that my 92 year-old grandfather will probably never make it to the US.

We exchanged for hours about the past, the present and the future of Europe and the US. They told me how privileged they were to have been a part of the economical blossom of the 50s, and what a golden era it was.

I LOVE migration stories. I always bombard my American friends with questions to know about their ethnic background (the mix of influences running in their blood fascinates me) and to know in what circumstances their ancestors decided to embrace a new life. I am not sure where my curiosity comes from. Maybe because I am feeling exactly there right now, as the kids of the 19th century jumping on a boat to America simply in search of something better. Not that there is a potato famine, a dictatorship or religious pogroms where I live, and I am well aware of that. But it may be the case again. Everyone in Europe is feeling the ghosts of the 30s rising back from their graves.

Why does Human Kind run in a circle?

I will always be optimistic for the future though, because I am surrounded with kick-ass people.